Easy road, easy going. Rolling the tropics. 80 kilometers a day was the goal. After around 40 km, Klara's knee startet to hurt. It got worse within that day and we had several stops and arguments about the necessary distance between our bikes until we finally made it to Fenenerive because we had to. We stayed in an efficiently run road movie motel ("Hotel Croix"), had food in a dirty shabby chinese joke of a restaurant, where we met a strange dark skin chinese-like looking man. He was proud of his nation Madagascar. Very proud. Why is that? Because of all the different kinds of races and people there who despite their many differences have one common language all over the place. "Many many people. Only one language." Funnily while he declared his hymn three children of obvious different races entered the restaurant, as if commanded by that man. They have been on their search for food. Now, they accidentally became the illustration of the proud man's nationalism. One kid was polypenes, one more of a typical chinese, one more african kind of type. "Look at them! Look!", he said. The man has been so extraordinary excited about his idea of Madagascar that suddenly his nose started bleeding under the effect of blood pressure, what finally made him leave the restaurant. 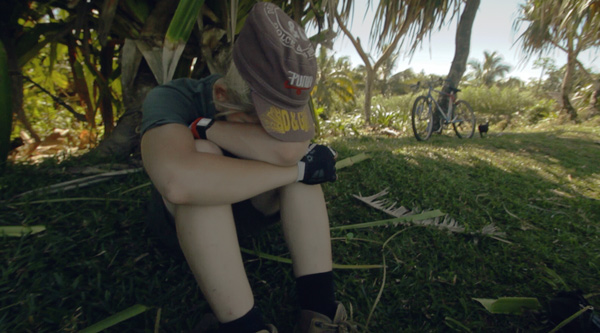 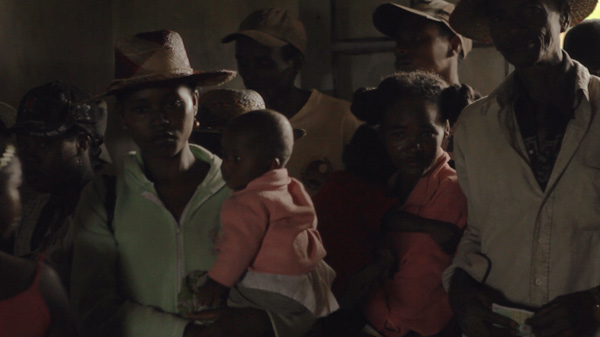 The next day startet in hope and ended up in uncommon darkness. The main road became sand beach. The nation's main road: Just sand. What the… The sunset approached us while we ran out of water. Deciding to camp on a hidden place seemed to be the only option. Just when we started to set up the tent a 19 year old boy appeared out of nowhere. He warned us about bandits around and lead us through the bumpy area. It turned out that he just came from school where he learned some french and english. There, in the darkness, the most wonderful magic moment happened. Thousands and more fire flies rushed through the bushes like bright road signs. I've never seen something like that before and probably never will. After setting over a river with the last ferry of the day made possible by that boy, we made it to some shabby bungalows, thanked the boy as good as we could and fell asleep. 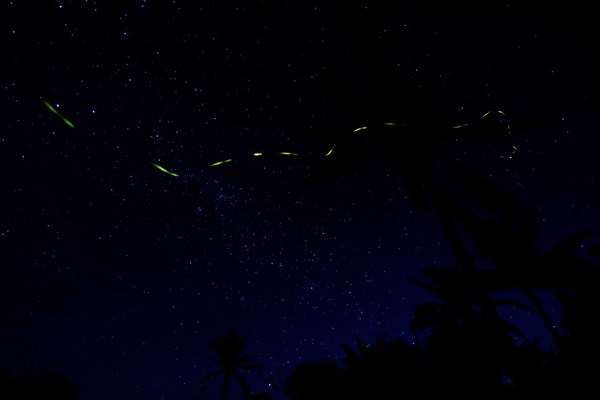 The next day became the hardest day yet. Twenty kilometers through sand and wetlands. We could only push or pull the bike , constantly, for hours. A stop at high noon for cooking some noodles and a short siesta on banana leaves gave us the strength to compete the final phase. Klara's knee was crushed, her ankles were bleeding and the wound she got from the mussels - days ago - started to burn and glow red. Yet we had to continue before dusk. One kilometer before Manumpana, the river as washed the bridge away. A young Madagassy helped use carrying the bikes over it while mosquitos had a fabulous diner on our legs. Still, my legs itch, especially at night. Nevertheless, we made it again to a safe little bungalow hotel that costed us fourteen euros - a rice meal inclusive. 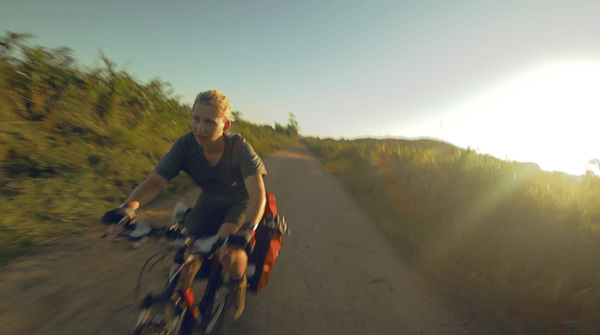 Dive into the belly of a whale fish

Final step until today was a boat trip over rough waters to Ile Saint Marie. From there we wanted to set over to Maronsetra. That was the plan so far… Although the boat behaved like a nut shell on a waterfall Klara was sleeping. She was enormously tired. I couldn't sleep. I was too excited. There were dolphins all over the place. And the shore came closer. It fulfilled the cliché of a tropical island. Banana leaves were floating around what remembered me so much of what I know from my beloved adventure game Monkey Island. My heart pounded while hope was on a rise and dreams became reality. Arriving a cyan water bay with corals, white sands, all these things we know from postcards and expensive hollywood movies. 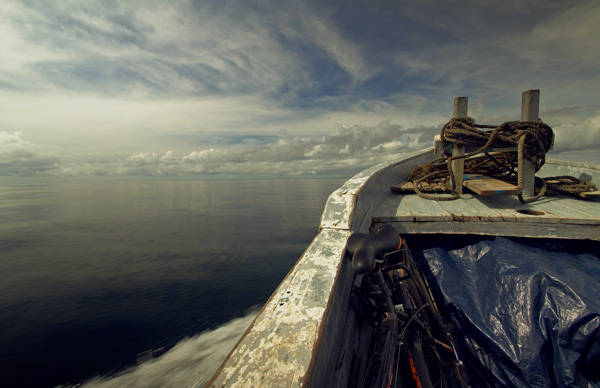 How could we've known that Klara was unusually tired because of a dangerous breed growing under her beautiful surface. Something too small to be noticed by the eyes made its way through her blood. Over the day, it got worse. Her leg started hurting in a constant feeling of fire. She got weaker every minute. And as if wouldn't be bad news enough, I heard that the boat to Maronsetra departs only one time a week. The island's phone network broke down. Its the third day now. Banks can't give money. Flights can't neither be booked nor changed. That probably wouldn't be too bad, but we already booked the flight from Maraonsetra back to the capital in six days from now. At least, the internet works again since 6pm today. In the blink of an eye, while I write these lines, she sleeps in the nice, clean and secure bungalow of wonderful hotel La Crique. Luck and unfortune are twin sisters. At least we are not in that stinky - by spiders and centipedes encountered - chicken coop of Ranomafana where I had my sunstroke ten days ago. The great and caring manager of "La Crique" organizes some penicillin. Both last endless dodgy two days must have weakened Klaras immune system too much. I hope she'll recover… 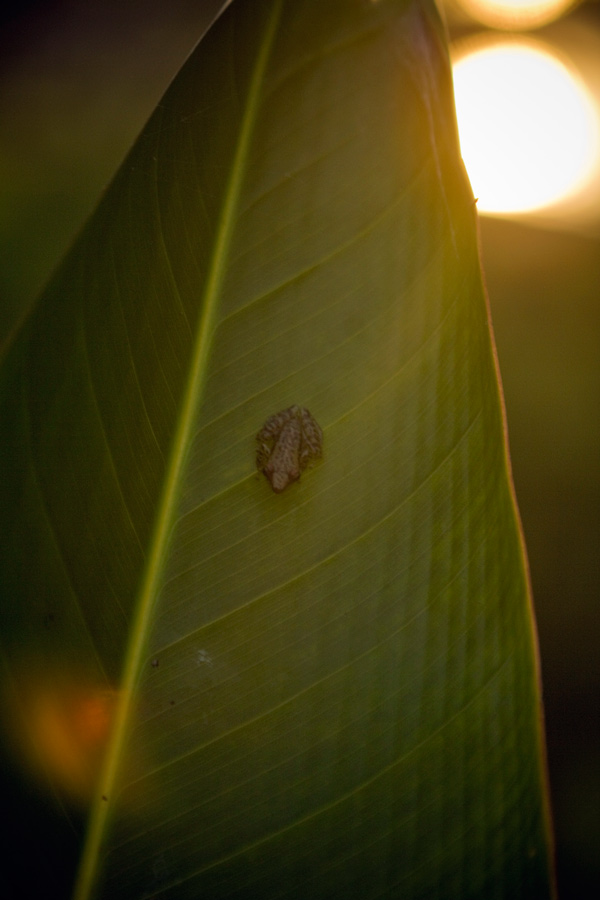 Find out more about our project on our website!